Consider a 10 × 10 gridworld as shown in Figure 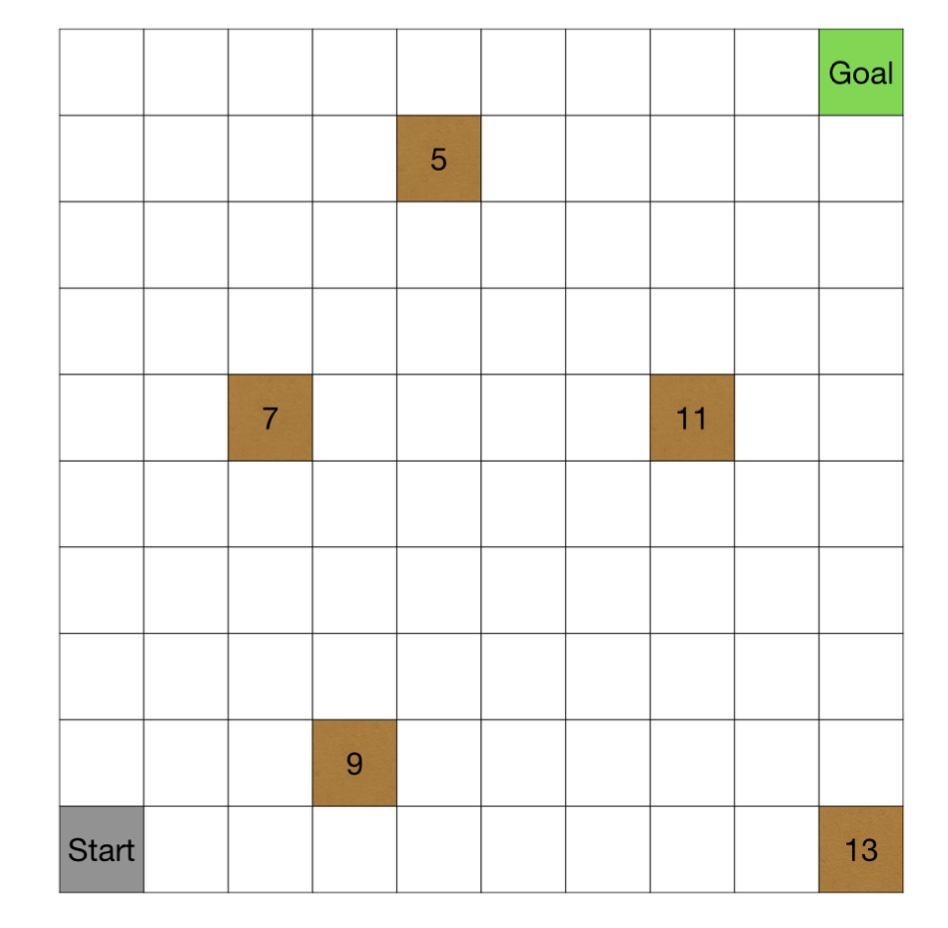 Under the Resources section you will find data files that contains parameters for the environment for this problem.