Consider a problem of a taxi driver, who serves six cities 0, 1, 2, 3, 4 and 5 which are located on a circular highway. The taxi driver can choose one of the following actions.

1. Cruise the streets looking for a passenger.
2. Go to the nearest taxi stand and wait in line. 3. Head back to headquarters (city 0). 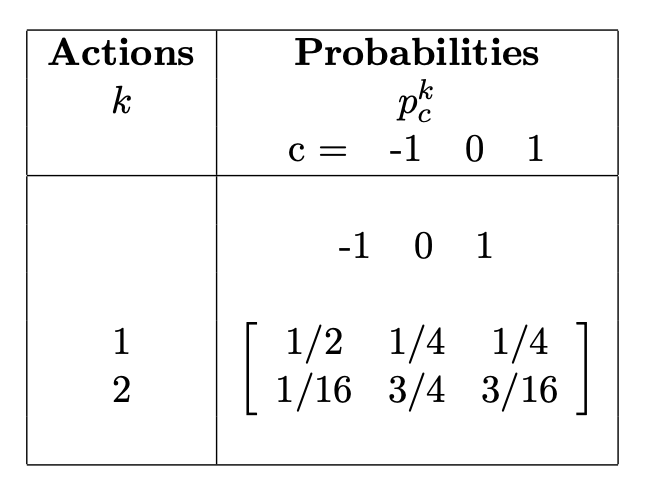 The rewards for outcomes 1 and -1 for actions 1 and 2 are shown in Figure. When the driver doesn’t get a passenger in a city (c=0), then the reward for the driver is 0. Also, if the driver decides to go to headquarters, the reward is 0.

Suppose 1 − γ is the probability that the taxi will breakdown before the next trip. The driver’s goal is to maximize the total reward until his taxi breakdown 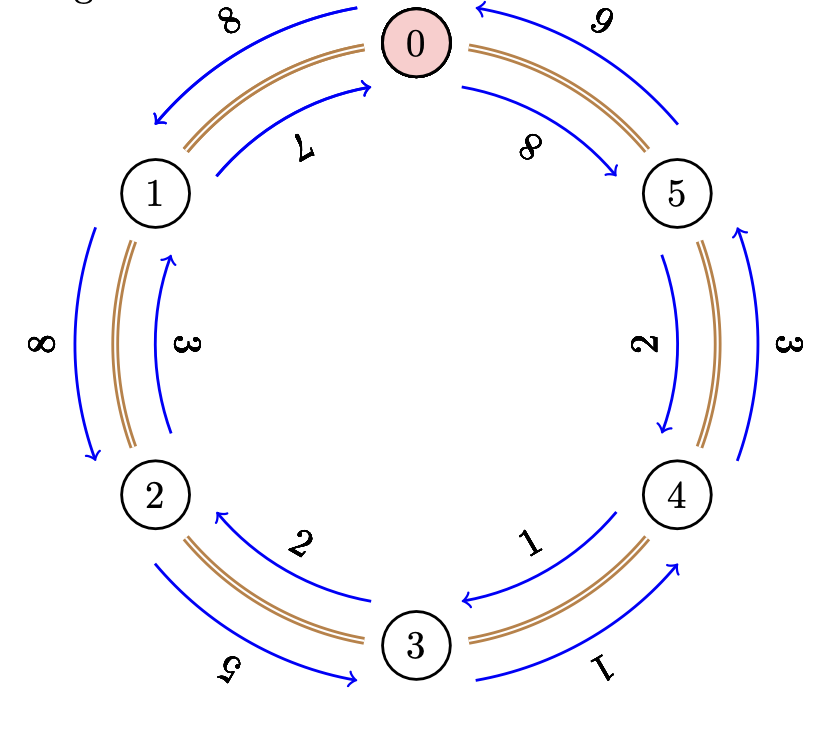 You will be writing your solutions & making a submission through a notebook. You can follow the instructions in the starter notebook.

Under the Resources section you will find data files that contains parameters for the environment for this problem.