Loading
Back to Multi-Agent Behavior: Representation, Modeling, Measurement, and Applications 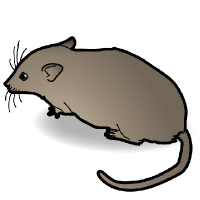 ⏰ Task deadline extended to May 7th

🚀 Getting Started Code with Random Predictions

❓  Have a question? Visit the discussion forum

💻 How to claim AWS credits

Your collaborators have decided to branch out and start studying several other behaviors, and they've asked you to help them create classifiers for those behaviors, too. Unfortunately since they only just started studying these behaviors, they are only able to provide you with a small number of annotated example videos for each action, but they are confident you'll be able to help!

In Task 3, your goal is to automate the annotation of seven new behaviors of interest, given only a small number of hand-labeled training videos for each behavior. This is an important task for researchers, as it would allow them to quickly define a new behavior and then detect it in an entire dataset.

Training and test sets for this task have all been annotated by the same individual, annotator 0.

If you want to try unsupervised feature learning or clustering, you can also make use of the videos in our global test set, which is shared across challenge tasks. The global test set contains tracked poses from almost 300 additional videos of interacting mice. (Note that a portion of videos in the global test set are also used to evaluate your performance on this task.)

We provide frame-by-frame annotation data and animal pose estimates extracted from top-view videos of interacting mice recorded at 30Hz; raw videos will not be provided. Videos for all three challenge tasks use a standard resident-intruder assay format, in which a mouse in its home cage is presented with an unfamliar intruder mouse, and the animals are allowed to freely interact for several minutes under experimenter supervision.

Please refer to Task 1 for an explanation of pose keypoints and annotations.

The following files are available in the resources section. Note that a "sequence" is the same thing as one video- it is one continuous recording of social interactions between animals, with duration between 1-2 and 10+ minutes, filmed at 30 frames per second.

⚠️⚠️⚠️️️IMPORTANT⚠️⚠️⚠️ The structure of this training file is different from that of Tasks 1 and 2: rather than providing a single list of sequences, we provide a separate list of sequences for each behavior to be classified. Furthermore, the entries of annotations do not correspond to items in vocabulary-- because this is a binary classification task, annotations contains only 0/1 values, with 1 referring to the target behavior, and 0 referring to "other". Your submissions for this challenge should follow a similar convention- see below.

NOTE : unlike Task 1 and Task 2, in this task each behavior has its own training examples, making this a set of binary classification tasks. In your submission, you are expected to include predictions for all sequences in test.npy for each behavior- see sample_submission.npy below for an example.

A "sequence" in this setting is one uninterrupted video of animal interactions; videos vary from 1-2 up to 10+ minutes in length.

To test out the system, you can start by uploading the provided sample_submission.npy. When you make your own submissions, they should follow the same format.

During evaluation F1 score is used as the Primary Score by which teams are judged. We use Precision as a tie-breaking Secondary Score when teams produce identical F1 scores. We use macro averaging when computing both the F1 Score and the Precision, and the scores from the other class are never considered during the macro-averaging phase when computing both the scores.

NOTE In this task, we compute the above mentioned scores for each of the behaviors, and the final score is the mean of the scores across all the behaviors in the test set.

For each task, the prize pool is as follows. Prizes will be awared for all the 3 tasks

Please check out this post to see how to claim credits.